A brain tumor is a mass of tissue that is formed by an accumulation of abnormal cells within the brain.

There are many types of brain tumors. These can be noncancerous (benign) or cancerous (malignant). They can originate in brain (primary brain tumors) or in the other parts of the body, spreading to the brain (secondary tumors or brain metastasis tumors).

The growth rate of a brain tumor can vary a lot. Growth rate and the location of a tumor to other brain structures determine how it will affect the functioning of the nervous system. A brain tumor treatment options depend on the type of the tumor, its size and location.

All types of brain tumors may produce symptoms that vary depending on the size of the tumor, its location and growth rate.

These symptoms may include:

When is it necessary to see a doctor?

Make an appointment with your doctor if you have persistent signs and symptoms that bother you.

Brain tumors that start within the brain

Primary brain tumors that start within the brain or in surrounding tissues such as meninges, the thin layer of tissue that covers brain and spinal cord, cranial nerves, pituitary or pineal gland. Brain tumors occur when there is a mutation in the DNA of the normal cells. Mutations allow cells to grow and divide rapidly, and continue life when the normal cells die. As a result a mass of abnormal cells is formed composing the tumor.

Primary brain tumors occur less frequently than the secondary ones, when cancer starts elsewhere and spreads to the brain.

There are several types of primary brain tumors, each of them named by the type of the cells involved. For instance:

Cancer spread to the brain

When a cancer has spread to the brain from where it started it is called a secondary cancer. Secondary brain tumors occur most often in people who have a history of cancer. But in rare cases, a metastatic brain tumor may be the first sign of cancer that started elsewhere in the body.

Secondary brain tumors are more common than primary ones.

Any cancer can spread to the brain, but the most common types are:

The cause of the most primary brain tumor is unknown. But doctors have identified several factors that may increase the risk of brain tumors. The risk factors are:

If it is suspected that you have a brain tumor, the doctor may recommend a number of tests and procedures, including:

strength, and reflexes screening. Deviations in one or more functions can indicate the part of the brain that could be affected by a brain tumor.

Imaging tests. Magnetic resonance imaging (MRI) is commonly used to diagnose brain tumors. In some cases, a contrast agent can be injected through a vein in the arm during the study by MRI.

A number of specialized components of MRI scans – including functional MRI, perfusion MRI and magnetic resonance spectroscopy can help the doctor to assess and assign a therapy.

Tests to detect cancer in other body parts. If the brain tumor is suspected to be a result of cancer which has spread from another part of the body, the doctor may recommend tests and procedures to determine the origin of cancer. An example might be a CT scan of the chest to look for signs of lung cancer. 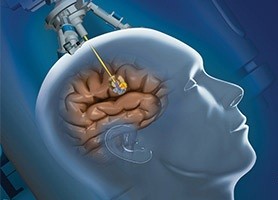 A stereotactic biopsy can be made for brain tumors located in hard to reach areas or very sensitive areas of the brain that may be affected by a more extensive operation. The neurosurgeon makes a small hole in the skull. A thin needle is inserted in the hole then. A tissue sample is removed under CT or MRI control.

The sample is sent to the lab to determine if it contains malignant or benign cells in it. This information is necessary to establish a diagnosis and prognosis and to assign the medication.

The treatment of a brain tumor depends on its type, size and localization, as well as on the general health state and preferences of the patient.

If the brain tumor is located in a place accessible for surgery, the neurosurgeon will try to remove as much of the tumor as possible.
In some cases, tumors are small and easy to separate from surrounding brain tissues, making complete surgical removal possible. In other cases, the tumors cannot be separated from the surrounding tissue or are located near sensitive areas of the brain, making surgery risky. In such situations the surgeon removes the maximal possible part of the tumor. 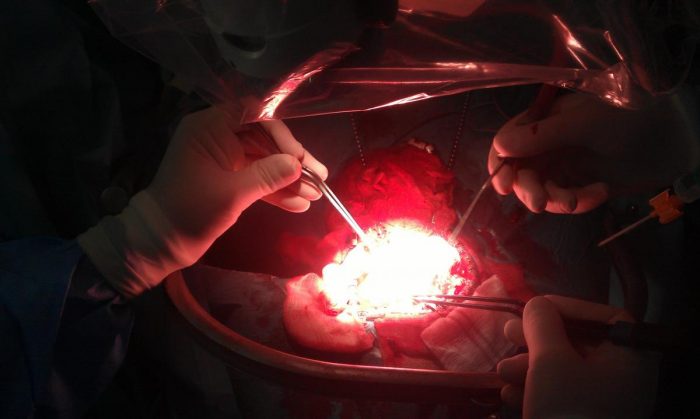 Even removing a part of the tumor may help reduce signs and symptoms.

Radiation therapy uses ionizing radiation such as X-rays or protons to destroy tumor cells. The rays may come from a machine outside the body (external beam radiation), or, in very rare cases, the radiation may be placed inside the body close to the brain tumor (brachytherapy).

External beam radiation can focus just on the part of the brain where the tumor is located or to the whole brain. Whole brain radiation therapy is most often used to treat cancer which has spread to the brain from another part of the body.

Side effects of chemotherapy depend on the type and dose of medication that the patient receives. Chemotherapy can cause nausea, vomiting and hair loss.

Because brain tumors can develop in parts of the brain that control motor skills, speech, vision and thinking, rehabilitation may be a necessary part of recovery.

Neurosurgeon may use the following rehabilitation therapy methods: